I arrived in Sudan within the popular idea that African countries are poor and need help: a paradigm so widespread that people in African countries have bought into it. Leaving my career as an aid worker and renouncing my expatriate safety net two and a half years later in order to write a book, I arrived in Sudan just as myself, and have embarked on a journey that would take five years to complete.

Working in remote areas of Sudan, among pastoral and agricultural communities, meant being part of a network of cultures whose way of life carries, within its fabric, a precious and important message to convey to the world. I wanted it to have an impact.

Inspired by a particular life philosophy I had encountered, I set out to collect visual and linguistic moments in the everyday life of the various cultures that make up Sudan, to tell of its riches, beauty and humanity, reclaiming the narrative for the people and their culture.

The images were inspired by the concepts of the texts: proverbs, fables, legends, myths, anecdotes, extracts from songs, rituals, laments and others people use in everyday life. More than photos and texts, together they transmit a feeling and some substance.

In asking what “Sudanese” is and how that translates into moments of day-to-day life, I hear a greater question being echoed, that of “Who are we?” and “What makes us who we are, as individuals and communities?”

From the visual and spoken moments I was privileged to share, the inner world of a people emerged. Habits, dress, adornment, scarification, ceremonies, beliefs, food and gait – everything spoke: “this is me, this is us”. Such expressions of immaterial heritage are passed on from one generation to another, and give people a sense of identity and belonging – to a community, a tradition or a way of life.

I believe that nations reside in such a “cultural territory”, where customs, superstitions, rituals, manners, beliefs and experiences are shared, in a land within people, that spans distances across countries and continents, and that is formed by the people who give it life and definition, rather than within lines inscribed on a map.

Among the prevailing global narratives of political, economic, ideological or geographical nature of a place, this work reclaims the beauty, dignity and humanity of it. It is an act of reclaiming culture.

Enikö Nagy was born in Romania in 1979 to parents of Hungarian origin and grew up in Germany. A social pedagogue previously working in the fields of youth and adult education and domestic violence issues in Germany, she has worked with international NGOs on projects and for her studies in Africa since the age of 17. After various stays and extensive travels in East Africa (Tanzania, Ethiopia, Eritrea and Kenya). She went to work in Sudan in 2006 and has resided there since.

As an advisor for civil society organisations on behalf of The German Development Service (ded), she lived in rural Sudan and worked in remote villages, close to nomadic life for two and a half years.

Enikö Nagy immersed herself in Sudanese communities, gained knowledge of the Arabic language and acquired extensive insight into a country she approached with respect and admiration. She began her work on her independent project, SAND IN MY EYES: Sudanese Moments, in 2009.

Meeting tribal and religious leaders over an area of 19,000 miles, she was granted the rare opportunity for a non-Sudanese to share moments even many Sudanese have not seen or experienced, and to travel through some of the hardest-to-access regions of the world allowing her to document an intimate snapshot of their extraordinary cultures.

She was an international expert to UNESCO in 2010 and 2011, developing a pioneer project undertaken with the Sudanese Ministry of Culture to systematically document intangible cultural heritage of social customs, performing arts, and oral traditions in Sudan.

Currently she is a freelance consultant on development for international organisations and local NGOs in Sudan, and a researcher and editor for different publications opening up new spaces of thinking. She manages the travelling exhibition, and is a speaker for topics of global learning in Germany.

For several recent years she worked as executive editor of a Horn of Africa-produced journal on women’s rights and religion. SAND IN MY EYES is her first book. 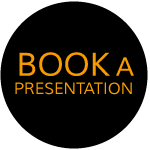 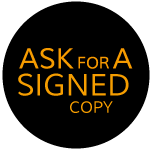