Photographing a land within a people

“It is said that he who drinks water from the Nile is destined to return. There is sufficient historic evidence to back up the spell it casts. From among the sophisticated ancient cultures and religions that rose along its banks, Sudan is home to hundreds of tribes and languages. The lifestyles you encounter reflect its different environments, varied ethnic origins and religious beliefs, creating a blend of people and contrasts that stirs you to ask: who are the Sudanese?”

Civilization in Sudan dates back millennia and is laden with history. Temples, tombs and fortresses tell of ancient Nubian kingdoms and matriarchal societies, followed by the Greek, Roman, and Coptic Christian past that predates the arrival of Islam. You find their traces in Sudanese prose, customs and faces.

People of Arab descent have over many generations mixed with the indigenous people in northern areas blending Islam with African roots and traditions, while further south people have retained their African social and religious heritage and some have also embraced Christianity. Trade has attracted people from India, Libya and Mauritania and they too, over the centuries, have left their footprints on the cultural landscape turning Khartoum into a cosmopolitan place where once, Syrians, Jews, Armenians, Europeans and Africans rubbed shoulders, intermarried and shared cultures. In today’s Sudan, a common Sudanese identity flickers out from behind the diversity that shaped it, and then again recedes and hides.

Located in the cultural region that spans the entire stretch of land between the Niger and the Nile, across the Sahara down to the savannah, a product of its ancient history and diversity, one can only assume that the Sudanese soul is as spacious as this land.

Descendants of pharaohs, the sons of whirling dervishes and the daughters of black African Queens have blended into that space, more inclusive and bigger than a mere country or territory, somewhere original and infinite. In that space, within spiritual patterns that each kind of people manifests in their typical behavior and subconscious memory, their ancestors continue to exist.

The Sudan maintains its cross-generational continuity through the rich and varied ways it speaks and is spoken of by fire-sites. In oral narratives customs, superstitions, rituals, manners, beliefs and experiences are handed over from one generation to the next, whilst tales and verses have been adapted from the interaction with other nations throughout history, embracing their cultural elements, in an ever-welcoming gesture, absorbing them into a shared Sudanese experience.

Traditional narratives – mythological, historical or modern, are mirrors onto society: a multitude of Sudanese moments, fragments that leave it to the human imagination to grasp, or perhaps sense a people in their myriad facets.

Starting from the powerful pull of this idea, I began to follow their narrations for 30,000 kilometers, documenting their Sudanese moments over five years in Greater Kordofan, a region bigger than Germany. It was an unsolicited, unpaid undertaking. I had lived for two and a half years in Sudan as a development worker in North Kordofan up until March 2009, and felt that if I had left without doing that, I would have not done justice to the place.

There, deep in the heart of Sudan, days are powdered with desert sand, its grains whirling around your skin like a sea of dervishes. When you lay your head to rest, grains of sand are your pillow and your blanket and at night you hear their conversation with the wind, constantly brushing over the plains and thatched roofs, wispering stories older than time itself.

Images and words blend into each other, just like tribes, traditions and people in the Sudan. Like the whiteness of milk and of the jallabiyas and serwals men wear blend with the blackness of kohl-shaded eyes. Like the flaming red, bright yellow and dazzling green garments of women blend with the beige tranquility of the open landscape, and the warm, earthy hues of camels, cows and round-shaped mud huts. Like mystic ceremonies, ash painted shamans and indigo blue tribal marks: a variety of human existence in a mosaic of colours in clothes, tents, faces and features.

In this semi-desert, mostly rural area dotted with towns and bounded by the Nuba Mountains, subsistence farmers and nomadic pastoralists have retained ways of life reduced to the essential, where freedom, local economy and regional trade, traditional knowledge, and a strong sense of community, kindness and hospitality offer alternatives to the crises of modernity and the implications of globalisation for people and ecosystems which we can’t control.

“Working in remote areas of Sudan, among pastoral and agricultural communities, meant being part of a network of cultures whose way of life carries, within its fabric, a precious and important message to convey to the world.”

I spoke to tribal leaders, elders, poets, singers and everyday folk, at the fire-sites and in traditional court sessions, in kitchen huts and when women made perfume or prepared the bodies of the deceased. I sat in shops and markets and with tea ladies, listening to what they had to say. I met people in their fields, travelled with camel herders and cattle breeders, attended shamanic ceremonies and sought out hermits, learning from their wit, their laments and humour, taking 26,000 photos and recording over 100 interviews. With additional text research into the writings of beloved Sudanese figures 2500 pieces of text were processed.

The photography is from North and South Kordofan, apart from some images from Khartoum, the Red Sea, and the pyramids in North Sudan, as they appear in traditional narratives. The process of arranging them with texts from cultures all over Sudan, including a few pieces from South Sudan, unfolded a map of a land within a people, across time and space. A window opened onto Sudan, beckoning to try to imagine what lies beyond in the whole of Sudan.

Human moments free from political or ideological burden, describe the Sudanese version of the single human experience and connect. Could a country that is often overlooked and a region underrepresented within this country start that new way of thinking?

THE TRADITIONAL ROUTE IS NOT ALWAYS THE BEST ROUTE TO TAKE

A work off the beaten track, the independent project had to pave its own path. Apart from a commitment of time and travel, in the case of a book about Sudan, where publishers don’t easily see an immediate market, it took one and a half years to convince Sudanese companies to cover most of the costs of field travel, producing, printing and shipping the book.

I had to learn to manoeuvre my way through Khartoum’s business and administrative world which is not easy to access, and less so as a foreigner and a woman, in a language I did not speak initially. Having set out on a journey that would take more than five years to complete, I lived as a guest in eighteen different homes.

Editors, designers and translators from Sudan and as far as UK, Australia and Germany, donated their work to the project. You can read their statements here. It inspired painters, actors, folklorists but also medical doctors and villagers to join parts of my travels as local guides exploring their own country from a different angle. Others donated legal and administrative advice or contributed personal support to a growing project that resonated with them.

As a work of artistic research among a people of different linguistic, ethnic and religious backgrounds in Sudan, the effort of translating their cultures to a wider audience involved their ethnographic study. Having documented oral literature, sometimes for the first time, in different Sudanese local languages, rendering its expressiveness, and the concepts it conveys to an English readership with a different use of language was a challenging work of art, and an editorial process of three years.

The Arabic originals are presented in their regional dialects as far as possible and tales and anecdotes are rendered in a written form of colloquial Sudanese, so as to keep their original flavor and uniqueness. Doing so contradicts tendencies to place classical Arabic above one’s local language, and advocates for the beauty, uniqueness and integrity of Sudanese Arabic, and of local languages and dialects everywhere in the world.

The photographs were taken between 2009 and 2011. During the work on this book, what we knew as Sudan in recent history became two independent republics, Sudan and South Sudan. 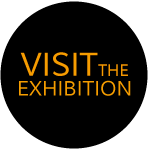 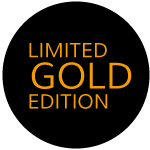 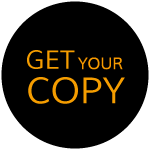